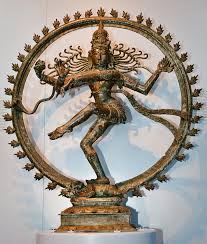 Shiva is in the house…

Professor William Henderson’s latest article is “Letting Go of Old Ideas”  (h/t to  John Steele and the indispensible (as we were recently reminded) Legal Ethics Forum.)  As usually, his work is full of insight and abundant cross-reference to any number of personal, cultural historical signposts that you might recognize.

Those offices seemed to be everything we were working for as law students; most of my comrades were convinced that anything less than being in the top 10% of the class and working at a Finley Kumble was just not acceptable.  Some of us, though, had to ride the crest of bell curve, destined, as Henderson’s puts it, for the “hemisphere” devoted to individual and business clients, the hemisphere that, as the cited data from Chicago Lawyers II shows, was already beginning to contract.

That hemisphere is primarily what the discipline process regulates, and the lawyers who are involved in the discipline system, by whom I mean the respondents, the discipline prosecutors and the discipline defense counsel (with a few exceptions).  The other hemisphere, lawyers who serve large organizational clients, is, and has been, regulated by market forces.  The often heard complaint from small firm and solo lawyers is that the disciplinary apparatus doesn’t address misconduct by large firm lawyers.  That is true because largely because their clients have more effective remedies than a complaint to the State Bar.  The perpetual state of crisis that the State Bar of California entered in the mid-1980’s was reflection of the lawyer bubble that Mr. Harper writes about.

I think Prof. Henderson gets in right in balancing the views of Mr. Harper and Mr. Susskind.  What cannot get lost in the imminent and somewhat unforeseeable changes economics and technology that will inflict a lot of pain is that there is an opportunity to serve justice even in the commodification of legal services by making access to justice a core value.

It’s really an exciting time to be an ethics lawyer.  Scary but exciting.