In a sad coincidence, two leading lights in the relatively small world of legal ethics went dark on the same day, the second of March.

Monroe Freedman was legal scholar who virtually invented the topic of legal ethics as a matter of serious academic study.

Both Freedman and Vapnek were 86 years old.  Their careers bracketed the Golden Age of Lawyering, the roughly 50 year period that saw both explosive growth in the number of lawyers and unprecedented profitability by lawyers and law firms but also a decline in the status and prestige of the profession.  Not coincidentally, this period might also be called the Golden Age of Legal Ethics.   The decades of relative quiet since the  Progressive critique of the corporate lawyers of trust best expressed in TR’s 1905 Harvard Law School commencement speech (see Altman at 243,) a critique that helped spawn the 1908 ABA Canons of Ethics, became an incredibly active era of lawyer self examination.  In those early years, the State Bar of California formal ethics opinion in 1965, the first ABA ethics opinions in 1967,  the 1969 ABA Code of Professional Responsibility, the Clark Commission Report on Discipline Enforcement, also in 1969 (which decried the “slow, secretive” administration of discipline by local bar associations).  The impetus for ethical self examination increased after the involvement of so many lawyers, including the President of the United States, in the Watergate scandal.   President Nixon escaped discipline by resigning his California bar license but Donald Segretti was not so fortunate; as part of his discipline, he was ordered to take the new Professional Responsibility Examination  required in 1976 of new admittees.  California revised its Rules of Professional Conduct in 1975, the first major revision since 1928, following the ABA lead in the then new Model Code, but the ABA junked the Model Code in 1983 for the Model Rules, forcing California to revise its Rules again in 1987. 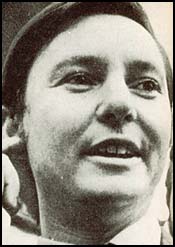 The Golden Years saw the creation of what might be called the Legal Ethics Infrastructure. Monroe Freeman was instrumental in creating the academic arm of the Infrastructure, the corps of law professors full and part time, who supply the intellectual heft to the Complex with scholarship and training lawyers.  Paul Vapnek, a practicing lawyer, worked in another part of  the complex, the traditional integrated and non-integrated bar associations,.  He creating the California State Bar Ethics Compendium as a resource for practicing lawyers in the 1970’s, the State Bar Ethics Hotline in the 1980’s, and served on the Rules Revision  Commission that revised California’s Rules of Professional Conduct in the 1980’s. (Sadly, a few months before his death, he was subject to the humiliation of seeing his work and the work of the other members of the Rules Revision Commission rejected by the California Supreme Court.)  The lawyers that specialize in the law of legal ethics, a specialty that emerged after the Watergate scandal and has reached the point where it can sustain its own specialty bar associations, such as the Association of Professional Responsibility Lawyers.   You might also regard the professional discipline prosecutors who began to appear at the start of the Golden Age of Legal Ethics, personified in their own organization, the National Organization of Bar Counsel, as part of this arm.

As with many of specialties and sub-specialites that have emerged in the Golden Age of Lawyering, the Legal Ethics Infrastructure, with its own specialists, own organizations, own meetings, and own publications has developed its own culture, its own history and its own heroes.   Father Drinan, Charles Kettlewell, Jeanne Gray,  Michael Franck are just some of the names, familiar to us in the Legal Ethics Infrastucture, far too obscure to the wider world of law practice, and wider, wider world beyond the law. Our position has always been inside the profession but at the same time outside of it;  in our work applying the law of ethics we can’t help passing judgment on our fellow lawyers, sometimes literally.  That sense of belonging but not belonging has helped to create a group identity that many of us feel comfortable with.  “This ethics stuff just gets in your blood,” one of my mentors at the State Bar told me early  in my ethics career “it makes you crazy but it’s like a car crash you can’t stop watching!”

The Golden Age by Louis Cranach The Elder

Lawyers like Monroe Feedman, Paul Vapnek and many of the rest helped create that culture.  As the Golden Age of Lawyering moves on to …. something else, will the Golden Age of Legal Ethics pass on into a some new phase as well?  If so, let’s hope that someone remembers that there were giants in those days.