When I took legal writing my first year of law school, our instructor would use exemplars from the fictional firm and comic trope  “Dewey Cheatam and Howe” to teach how to write legal papers.   Everybody seemed to think that this was mildly amusing.

Lawyers from a different Dewey firm went on trial last week, accused of cheating ’em and how!  Nobody thinks this is funny.

Even in law school, the use of the Dewey Cheatam name made me a feel a little uncomfortable.  Up until that time, I had not really thought of the profession as a whole as being seen in bad light by anybody.  Having no life experience of lawyers, my image of lawyers had been shaped by media, not so much Perry Mason but The Defenders.

Maybe it made us all a little uncomfortable, which is why we proto-lawyers laughed at it.  Lawyers, after all, are supposed to be smart people that you could trust.  The idea that we might be cheating people while pretending to be trustworthy, reduced to the very name of the law firm used to teach law students, even then suggested an unstudied, perhaps an almost unconscious, cynicism about the profession.  Of course, that was only a first taste.   The prevailing feeling among most of my law school peers was that you either had to be in top 10% of the class and obtain a position with a large law firm, make partner in seven years and  relax, or that you were doomed to lifetime of drudgery.

My introduction to Dewey Cheatam in 1982 was about the time that Findley Kumble was on its way to becoming the first mega firm, a process of accretion based on a number of mergers and acquisitions that would eventually unravel as partners and clients moved on to greener pastures.  At the time it seemed an outlier, a situation largely wrought by the egos of the lawyers involved.  The rising tide of Golden Age revenue was lifting all boats.  But later, other firms, many other firms followed the same route as the tide began to go out.  Part of the reason the tide went out is that the value proposition presented by large law firms and the lawyers in general  increasingly had less appeal, first to consumer clients and then to corporate clients.

It is common to feel cheated when you realize you are paying for something you can get more cheaply.   The Golden Age was extremely lucrative for lawyers, not so much for clients.   Part of the cost of all that lucre for the profession was the acid bath of cynicism that it seemed to spawn.  Lawyers are known for their pessimism; indeed, we are well paid for telling others exactly why the glass is only have full.  We can see too clearly the ways much lawyering in the Golden Age was about acquiring that lucre and little else. 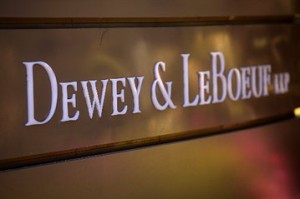