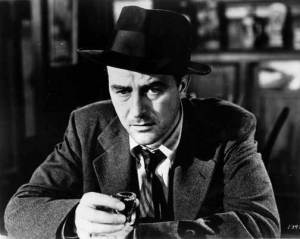 Senate Bill 36, our current State Bar fee bill, seems to be coasting to passage in the Assembly and the Governor’s signature.  It makes a number of significant changes to the governing structure of the State Bar that many (including me) have thought were overdue, including eliminating elected attorney trustees,  replacing the office of State Bar President with an appointed chairperson and vice chairperson and, perhaps most significant of all, spinning off the State Bar sections into something called the Association (not to the confused with the hitmakers of the ’60s.)  The kinds of changes that would be consistent with an organization slowly metamorphosizing from an unwieldy and confused hybrid of public and private to a pure governmental agency.   Ultimately these changes will pay off.  But part of how big they pay off depends on California lawyers react to a State Bar that no longer acts as their trade association in any particulars.

The fate of the State Bar’s Lawyer Assistance Program and its related diversion program in State Bar Court, the Alternative Discipline Program underline that challenges.  And SB 36 underlines that underline with a last minute amendment to the bill that passed the Assembly Judiciary Committee on July 18, 2017, making this change to Bus.  & Prof. Code section 6140.9:

Monies for the support of the program established pursuant to Article 15 (commencing with Section 6230) and related programs approved by the committee established pursuant to Section 6231 shall be paid in whole or part by a fee of ten dollars ($10) per active member per year, and by a fee of five dollars ($5) per inactive member per year. The board may seek alternative sources for funding the program. To the extent that funds from alternative sources are obtained and used for the support of the program, and provided that at least ten dollars ($10) per active member and five dollars ($5) per inactive member is available for support of the program each year, funds provided by the fee established by this section may be applied to the costs of State Bar general fund programs. Any excess funds not needed to support the program, including reserve funds, may be transferred to fund the Client Security Fund established pursuant to Section 6140.5, provided there are sufficient funds available to fully support the program.
Section 6230 et seq. is the Attorney Diversion and Assistance Act, a law passed in 2001 that mandates that the State Bar do something about the big problem of substance abuse and mental health in the legal profession, a long standing problem that recently caught the attention of the mainstream press with the shocking pronouncement that 1 in 5 lawyers has a drinking problem.   Under the auspices of the Act, a $10 fee was levied on the active members of the State Bar ($5 for inactive members) to run the State Bar Lawyer Assistance Program, as stand-alone program to help all California lawyers and as an adjunct to State Bar Court’s Alternative Discipline Program, meant to incentivize lawyers facing discipline with  substance abuse and mental health issues to seek treatment. 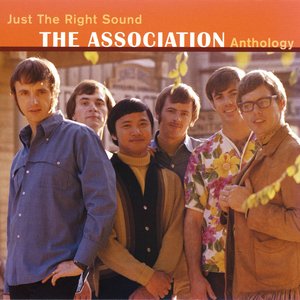 The significant and troubling amendment to section 6140.9 authorizes the State Bar Board of Trustees to do the thing that it was taken to task for a few months ago for doing:  taking money for LAP and putting it into the Client Security Fund (CSF).  CSF is another program that California lawyers pay into, $40 a year, to reimburse clients who have been ripped off by their attorneys.   All that is needed is a determination that there are funds in excess of what is “sufficient” to run LAP and ADP.
Despite the Attorney Diversion and Assistance Act, there is uncertainty over whether the Lawyers Assistance Program belongs in the new enforcement-focused State Bar.   Even though the consensus is that substance abuse is a major problem in the profession,  LAP probably seems to some to be a little too lawyer-friendly to be run by a police agency.  The proposed amendment to section 6140.9 may the first move to get the State Bar completely out of the rehabilitation business. But if not the State Bar of California,  then who?
SB 36 creates a wholly new organization, the vaguely named Association, although the original name before amendment was the California Bar Sections Association.  The reasons for the name change is not apparent, but one could speculate that the prior name might be deemed too restrictive of an organization that could grow into a true bar association with programs beyond the mandated education mission set forth the legislation.   Might LAP find a home in the Association?
The answer will depend on whether California attorneys step up and support the Association with their voluntary contributions.  It will also depend on whether leaders within the Association perceive an opportunity to be of service to the bar beyond the valuable services the Sections have always provided.  If there is a worthier cause than the sickness in our profession, I don’t know what it would be.