Effective April 1, 2020,  new State Bar Rule of Procedure 5.137 enables the State Bar Court to recommend to the California Supreme Court that a monetary sanction be imposed in an order imposing actual suspension, disbarment or accepting resignation wit charges pending.  The new Rule is authorized by Business & Professions Code section 6068.13, a statute originally passed in 1992.  The State Bar did nothing to implement section 6086.13 until 2018 (see 25 Years Later State Bar Heeds Legislative Call to Punish Lawyers.)  The impetus for using this dormant statutory authority was the financial crisis that the State Bar has suffered over the last few years.  When the Bar went to Sacramento asking for money, someone seems to have pointed out that the Bar had a tool it could use to help fund the Client Security Fund (CSF), a fund that pays restitution to victims of lawyer misconduct.  CSF had been in financial straits for a number of years since what was (then) known as the Great Recession occurred, an event that triggered large numbers of complaints against lawyers and increased the number of applications to the CSF.

The myth that disciplined lawyers are sitting on mountains of gold just waiting to be collected is a cherished one at the State Bar ever since it was given authority to collect its costs from those lawyers.  Collecting money from individuals whose ability to earn a a living has been taken away from them would seem to be dubious proposition.  Experience has born this out.  Despite strenuous efforts to collect discipline costs, the State Bar is owed millions – $236,777,027 as of January 2019. Yet the hope that more blood can be squeezed from this turnip never dies. 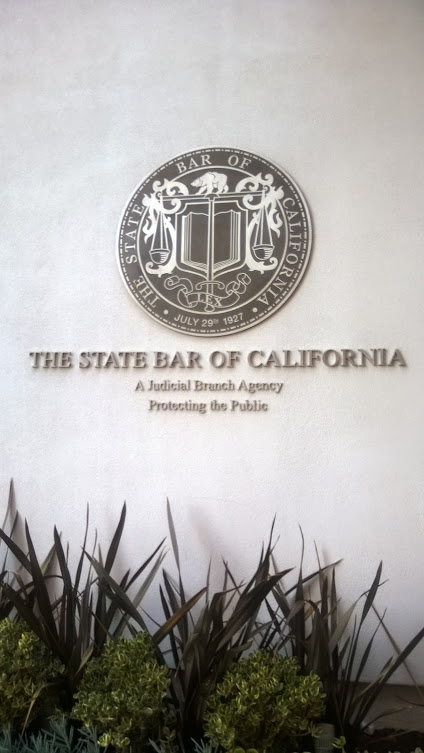 The punitive nature of the sanctions raises a separation of powers issue.  The punitive nature of the sanctions authorized by the Legislature is incompatible with the California Supreme Court’s bedrock authority that tells us the discipline isn’t punishment but public protection (see  25 Years Later…)  California is perhaps unique among states in that both the Legislature and the California Supreme Court exercise co-equal authority in lawyer regulation; “In the field of attorney-client conduct, we recognize that the judiciary and the Legislature are in some sense partners in regulation.”.)  In re Attorney Discipline System, (1998) 19 Cal. 4th 582, 602.

Attorney Discipline System was a case where the Legslature had failed to act in its traditional role in authorizing the State Bar to collect its licensing fees (quaintly called “dues” in those days.)  The Supreme Court concluded that it had authority to act in the Legislature’s stead and order a special assessment on California lawyers to fund the system.  The passage of the State Bar Act in 1927 did not diminish the Court’s plenary authority that existed at that time.   But the California Supreme Court went on in Attorney Discipline System to discuss its authority to ignore the Legislature when it acted in manner that “materially impaired our inherent power over admission and discipline (at 603.)

The High Court soon got the chance to deal with that second principle.   Incumbent State Bar Court judges filed an petition for a writ of mandate in January 2000 challenging changes in the statutes regarding appointment  of State Bar Court judges, changes taking some of those appointments away from the Supreme Court and giving them to the Legislature and Governor and also eliminating requirement that one Review Department judge be a non-lawyer.  It was widely speculated that the Legislation resulted from the Supreme Court’s decision in an admissions case, In Re Gossage (2000) 23 Cal.4th 1080, where the Supreme Court declined to admit a protege of the Speaker of the Assembly to membership in the State Bar.   The petition resulted in the Court’s opinion in Obrien v. Jones (2000) 23 Cal.4th 40, where the Court (Justice Kennard dissenting) found those statutory changes did not “defeat or materially impair our authority over the practice of law, and thus does not violate the separation of powers (at 44.)  Many, including me, bolstered by the Court’s assertive discussion of its own powers in Attorney Discipline System and dismayed by the Legislature’s action, were disappointed.  But the Court avoided the disruptive effect of the legislation by adding its own layer of judicial supervision on top by amending California Rule of Court 966 (now 9.11) shortly after the Obrien opinion.

Business and Professions Code section 6086.13 is careful to say that the Supreme Court may impose sanctions, not that it must.  Moreover, the Calfornia Supreme Court’s input led to major changes in the wording of new Rule of Procedure 5.137 and approved the Rule, as required by the statute.   But the separation of powers argument has not yet been placed squarely before them in terms of what action they should take.

But the mere existence sanctions rule is creating confusion and uncertainty in the discipline process now.   Possible sanctions are one more issue to be fought over between the Office of Chief Trial Counsel and Respondents and their counsel.  Everyone believes that sanctions will have to be addressed in stipulations resolving cases and it will make such stipulations harder to reach, increasing the number of cases that will go to trial.   Even some discipline prosecutors recognize that dealing with sanctions in a system that is not supposed to be punitive is just wrong.