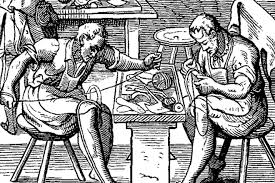 The meetings of the Association of Professional Responsibility Lawyers are always worthwhile.  Think of hanging out with the best craftsmen (and craftswomen) in your guild, who also happen to be a lot of fun, too.

The recent meeting in my hometown of San Diego was no exception.    We learned about the fine art of bellydancing.  Not to mention teeth whitening.

Or more precisely, who gets to whiten teeth.  An issue that the United States Supreme Court addressed in North Carolina Board of Dental Examiners v. Federal Trade Commission.  Teeth whitening may seem a long remove from legal ethics.  But this case is causing tremors among champions of that long held shibboleth about the law being a “self regulating” profession.   That’s because the United States Supreme Court found that North Carolina’s Board, composed almost entirely of practicing dentists, acted in restraint of trade when it sent 47 “cease and desist” letters to non-dentists providing teeth whitening services.  The Court found that the Board could not claim state action immunity because it was not actively supervised by the state.

“Self regulating profession” and “actively supervised by the state” are concepts that clearly exist in some tension.   In California, our case law seems to try to square that circle by describing the State Bar (an agency enshrined in Article VI of the California Constitution) as the “administrative arm” of the Court for discipline and admissions, a mere instrumentality for the exercise of the Court’s inherent authority over this area, a concept that the Legislature also nods to in Bus. & Prof. Code section 6100.

But the real issue here is the not regulating law practice but who gets to be a law practitioner.   The context is the onslaught of a variety of non-traditional legal service providers, an onslaught that is making lawyers extremely nervous as they see their slice of the legal services pie being slowly nibbled away by the likes of Legal Zoom, and now, the much despised Avvo, which just announced its plans to offer fixed fee legal services through an attorney network in 18 states.   Fear of a non-lawyer planet is also roiling Washington State, which has seen warfare between the Washington Supreme Court Legal Practice Board and the Washington State Bar over the Limited License Legal Technician (3LT) concept (even as Utah explores the concept.) 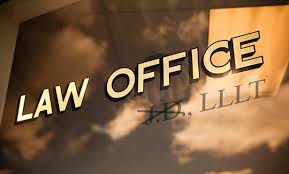 The Case of The Rogue Teeth  Whiteners also has impact on the California State Bar’s own ongoing governance soap opera, a production of the Governance in the Public Interest Task Force (GITPIT-F) from an original screenplay by SB 163.  While the evidence of state supervision in California seems strong,  the idea that the professional board regulating lawyers should be composed of lawyers, is a prime target of consumer advocates led by the Center for Public Interest Task Law.  GITPIT-F has a report due in March 2017 and it may very well recommend further changes to put more non-attorney members on the State Bar Board of Trustees, if not more sweeping changes.  Of course, the Legislature could get there first, as consideration of the State Bar’s annual fee  bill moves forward amidst a swirl of negative stories concerning the ongoing controversy over the Chief Trial Counsel’s reappointment,  the revelation of extravagant travel spending during the Dunn Administration, and news of the Office of Chief Trial Counsel’s seemingly lax attitude toward prosecuting non-attorney immigration fraudsters.

A final item submitted for your consideration is the American Bar Association’s Resolution just passed at its own meeting in my lovely city by the bay, the ABA Model Regulatory Objectives for the Provision of Legal Services.  It is a short list of admirable platitudes like “protection of the public” and “independence of professional judgment”.  But it closes with a rather solid declaration in support of the guild, much to the disappointment of those who favor the disruptors:

FURTHER RESOLVED, That the American Bar Association urges that each state’s highest court, and those of each territory and tribe, be guided by the ABA Model Regulatory Objectives for the Provision of Legal Services when they assess the court’s existing regulatory framework and any other regulations they may choose to develop concerning non-traditional legal service providers.

FURTHER RESOLVED, that nothing contained in this Resolution abrogates in any manner existing ABA policy prohibiting non lawyer ownership of law firms or the core values adopted by the House of Delegates in Resolution 10F, adopted on July 11, 2000. 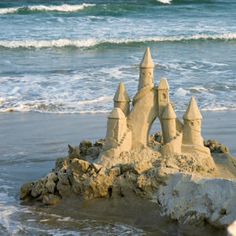 Cracks in the Guild, to be sure.  But the Guild still stands.