The Committee on Professional Responsibility and Conduct (COPRAC) of the State Bar of California has a new ethics opinion that has been put out for public comment on the topic of attorney blogging (Proposed Formal Opinion Interim No. 12-0006).  The opinion tackles the difficult question of when an attorney’s blog will be subject to the many varied strictures on lawyer advertising contained in our California Rule of Professional Conduct 1-400 and Business and Professions Code Division 3, Chapter 4,  Article 9.5.

The draft opinion is a worthy addition to the modern canon of lawyer advertising law, which contains, in addition to Rule and statutes, many court opinions and numerous ethics opinions from bar associations.  Well reasoned, scholarly in citation to the relevant authority,  and pivoting off of several different hypothetical blogging models, it comes to these conclusions:

The irony is that this excellent opinion will be taken to heart by a relatively small group of people:  lawyers like myself who practices center around other lawyers’ professional responsibilities, and the scrupulous lawyers who hire them, mostly.

The profession cares about the issue largely because they don’t want trouble from the discipline authorities.  And, relevant to that last point, most regulators have exited the field except where the advertising is actually dishonest or misleading.  The result is that don’t have to go very far to see violations of the advertising rules; you don’t even have to leave your living room.

It is a truism that almost the only people who complain about lawyer advertising are other lawyers who find it offensive.  But the existence of the Texas Law Hawk  confirms that the long rear guard action against the indignity of lawyer advertising that has been fought since 1977 truly has been in vain.

Consider Rule 1-400, Standard (9) which states that “a “communication” in the form of a firm name, trade name, fictitious name, or other professional designation used by a member or law firm in private practice which differs materially from any other such designation used by such member or law firm at the same time in the same community” is presumptively misleading.  Is the discipline prosecutor going to devote  its resources to prosecuting a complaint that  a lawyer’s blog  uses a materially different designation that the attorney uses on his website and thus violates the Standard?   No, and they should not.  This Standard dates from an ancient era when lawyers were officers of the court first and providers of a service second. Doing business under two different names might be confusing to public that considered something more than mere service providers. That order was reversed some time ago. Even someone who is not a cynic might justifiably believe that the tangled mass of unenforceable advertising rules serves no real purpose, even if makes for very interesting ethics opinions.   Processing complaints that result in dismissals or non-disciplinary dispositions wastes the resources the discipline agencies, as well the resources of those lawyers who have to respond to these complaints.

One very sane step forward has proposed by the Association of Professional Responsibility Lawyers (APRL) in its report on advertising issued in June 2015.  That step is to cut through it with a simple rule that can be enforced

Based on the survey results, anecdotal information from regulators, ethics opinions, and case law, the Committee concludes that the practical and constitutional problems with current state regulation of lawyer advertising far exceed any perceived benefits associated with protecting the public or maintaining the integrity of the legal profession, and that a practical solution to these problems is best achieved by having a single rule that prohibits false and misleading communications about a lawyer or the lawyer’s services. The Committee believes that state regulators should establish procedures for responding to complaints regarding lawyer advertising through non-disciplinary means. Professional discipline should be reserved for violations that constitute misconduct under ABA Model Rule 8.4(c). The Committee recommends that violations of rule that do not involve dishonesty, fraud, deceit, or misrepresentation under Rule 8.4(c) should be handled in the first instance through non-disciplinary means, including the use of advisories or warnings and the use of civil remedies where there is demonstrable and present harm to consumers. 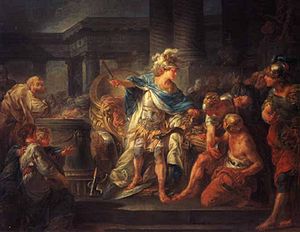 The APRL proposal is essentially that the state of law of lawyer advertising catch up with reality.  We are not going back to the pre-Bates era, no matter how much some lawyers and regulators may dream.

So far, the response to APRL’s proposal has been muted.  But at the risk of misreading the tea leaves, California’s Second Rules Revision Commission recently withdrew consideration of its replacement for Rule 1-400 from the agenda at its most recent meeting.  One can dream.

Update:  for a more scholarly treatment of this subject, see Mark Tuft’s excellent article in the most recent edition of The Professional Lawyer.