The State Bar is also asking for funding for the Commission on Judicial Nominees Evaluation, the Center on Access to Justice, the California Commission on Access to Justice, the California Young Lawyers Association (CYLA) and its Office of Communications.  The work of these offices is not directly related to discipline.  The funding request at its maximum is only slightly less ($280) than the level of recently set by the Legislature ($315;  see Bus. & Prof. Code section 6140.

The primary source of authority for this request is the Supreme Court’s own decision from 1998, In Re Attorney Discipline System (1998) 19 Cal.4th 582.  The Court held in that decision that it could order a special assessment against California lawyers to support the work of the discipline system.  The State Bar had asked the Supreme Court to order an assessment to pay for the discipline system, including OCTC, the State Bar Court, the Office of Probation, the General Counsel’s office and fee arbitration.   The Court granted that request based on its “inherent authority” in the areas of attorney discipline.  The Supreme Court was not asked to fund other State Bar programs beyond those directly dedicated to discipline.  In fact, it appointed a Special Master to oversee the expenditure of the special assessment, to specifically prevent those funds from being spent on anything but direct expenditures for discipline.

There is no doubt that the Court can order attorneys to pay for the discipline system.  But what else is included in “the power to regulate the practice of law”?  Attorney Discipline System doesn’t tell us because it was never at issue.

The State Bar cites to Warden v.  State Bar (1999) 21 Cal.4th 628,  the decision that upheld the MCLE statutes against an equal protection challenged.   The issue was not addressed in Warden, either, and the Bar cites to dicta in Justice Kennard’s dissent for a  proposition not really in dispute,  that the educational standards  of attorneys were within the Court’s purview (“In each state it is the supreme court, with or without the legislative approval, that dictates the standards for education, admission and discipline of attorneys. ” quoting Martineau, The Supreme Court and State Regulation of the Legal Profession (1980-1981) 8 Hastings Const.L.Q. 199, 202.) Moreover,  Martineau was also cited in Attorney Discipline System at 593.  So Warden adds nothing new and it seems to cited solely to make it appear that there is more authority than there is.   There is nothing in Attorney Discipline System or Warden that describes how  far the Court’s power goes,  beyond the suggestion, taken from Brotsky v.  State Bar,  that it includes “many of its other functions” of the State Bar beyond discipline and admissions. Brotsky v. State Bar (1962)57 Cal.2d 287, 300-301.

While Attorney Discipline System is the launch pad for the State Bar’s request, it really depends on the recently promulgated idea that we should adopt a more expansive “proactive” definition of “public protection.” A strong case could be made that the Office of Competence and perhaps some of CYLA’s educational activities, have a close relationship with protecting the public from incompetent practitioners.  But there is no way to stretch any reasonable definition of public protection to include access to justice  programs,  the CYLA, the Center on Access to Justice, and the California Commission on Access to Justice  (see Jeepers Creepers.)

That does not mean that these not worthwhile programs.  It just means that there is only the thinnest authority for Supreme Court action to fund them. Conversely, there is no doubt that the Legislature has the power to fund those programs in the exercise of its inherent power to provide for the general welfare.

If it Supreme Court decides to do so, it will have to go boldly where it has never gone before, or even been asked to go before, and invent that authority largely from whole cloth.  As exciting as the separation of powers confrontation between the Supreme Court and the Assembly has been, it will likely get a whole lot more exciting if the Supreme Court goes there. 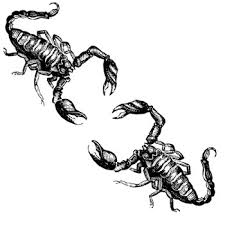